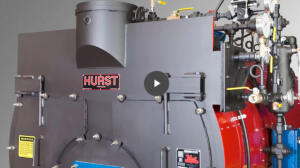 The Hurst internal stack economizer is a factory-optional device that is designed to increase the operating efficiency of a boiler, cutting down on its operational costs over the lifetime of the boiler. 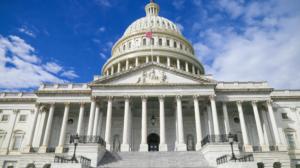 Over the past two weeks, many of the state advocates for wood heating across the country have mobilized to make clear that the BTU Act will be imperative to our industry's recovery.

University of Iowa officials are testing a new renewable energy source they hope could make the campus more green, but environmental advocates on campus say the move might not be enough.

Hurst Boiler is part of an award-winning installation at the University of Iowa's Oakdale Research Park campus in Coralville, Iowa. As an integral part of UI' s Green Energy Initiative, which seeks to have 40 percent of its energy needs met with renewable resources by the end of 2020, the Hurst biomass boiler replaced the campus's natural gas boiler. Because the project was a retrofit, Hurst had to custom design the biomass boiler solution to fit into an existing structure.

Hurst Boiler & Welding Co. Inc., stepped up production and fulfillment to meet the emergency boiler needs of areas affected by Hurricane Sandy.Representatives were on-call around the clock to receive and quick-ship orders for a variety of boilers and separators.

The EPA Regulatory Relief Act, which would allow additional time for the U.S. EPA to fix the Maximum Achievable Control Technology Rules, was approved Sept. 13 in the House Energy and Power Subcommittee.

Sprucing Up Our Energy Supply

The government wanted to have one central location in the north that doesn't have to supply parts for 20 different kinds of boilers," said Fauteux. “This is a good move for their budget, because they can supply all the hospitals through one warehouse, because all the motors and drives are the same from place to place. There isn't a heavy budget for spare parts in each hospital.

Obama administration calls for aggressive biomass spending LAKEWOOD, Colorado — The American economy is in the grip of a crisis unparalleled since the Great Depression. As part of the American Recovery and Reinvestment Act of 2009 presented to Congress, President Obama has included $58 billion to be devoted to energy investments in the coming years — of that, at least $800 million would be directed specifically at biomass-driven energy projects.

Fuels for Schools was started in Vermont as a statewide initiative to promote and encourage the use of renewable, local natural resources to provide reliable heat for schools. It has since grown into a multistate program, and has recently expanded its scope beyond schools

The American Council On Renewable Energy (ACORE) and the renewable energy industries in America are delighted to have a new administration committed to advancing renewable energy with a plan to create new clean energy jobs with a goal to double alternative energy production in the next three years.

ANCHORAGE, Alaska (AP)—Gov. Sarah Palin has crossed swords with conservation groups over petroleum drilling, but she earned nothing but praise Friday after announcing the most ambitious renewable energy goal in the nation.

The Savannah River National Lab, Aiken, S.C., recently replaced a 1950's era coal-burning steam generating plant with a state-of-the-art facility that will burn biomass, mostly wood from the local logging industry. The original plant was too large, so Savannah managers often had to vent much of the steam, which reduced its efficiency. The new plant has two state-of-the-art HURST 30,000 lb/ hr steam boilers, one burning biomass, and the other fuel oil. The fuel-oil boiler is a standby for maintenance periods and peak demands. The plant cost $10 million to build, but should save $1.5 million annually in reduced operating and maintenance costs, as well as less energy consumption. It also meets new Clean Air and Water Act standards.

The latest edition in our biomass boiler series is the Hurst Reciprocating Grate Stoker with automated ash removal.

Wayne, PA—The federal investment in ethanol over the past three decades has yielded billions of dollars of economic gain, according to a report released November 17 from economic consulting firm LECG, LLC.

University of Georgia researchers have developed a new technology that promises to dramatically increase the yield of ethanol from readily available non-food crops, such as Bermudagrass, switchgrass, Napiergrass—and even yard waste.

Verenium Technology to be Used in Asia

Gassing up With Garbage

After years of false starts, a new industry selling motor fuel made from waste is getting a big push in the United States, with the first commercial sales possible within months.

Algae biofuels in Hawaii are one step closer to reality with the announcement of the joint development of a commercial-scale microalgae facility on the island of Maui.